Anyone who was online in the early 2010s has probably heard of Rook's Knife. If not from one of the many articles about it being a hugely ambitious amateur game project, then about its cancellation and the shutdown of its main forum. It's been a few years now, and Rook's Knife is now just one of those half remembered video game heartbreakers from people who played games like Myst and thought huh, what if I did that, but better. With no money. And no prior experience.

If you're a bit deeper than most, you've probably seen the concept art of the Crow-Keeper and that pencil sketch of the tower, half sliding off a cliff.

Rook's Knife had come out with a trailer sometime in 2011, mustered a lot of support and donations, and then just...stopped. Its devs are still around, apparently, given the anonymous interviews they've given, though all they'd ever talk about is how awesome the game could have been.

I was involved. I won't say what my role was but it involved me being pretty hands-on with the game's assets.

And, well, being who I was in the 2010s...I have copies of the assets. I only recently got the proper software to actually do anything with them, but there's good backwards compatibility these days.

So, here's the highlights of what we could have gotten from Rook's Knife. There's not really gonna be any commentary, since these are just assets without context. But I've been pressured into sharing it so!

-There's several versions of the Bedroom in which you wake up each morning. Going from their names, Day 1-12, it looks to get more decrepit as time goes on. By day 8, the mirror stops reflecting you. "You" being an avatar asset they had ready. It just doesn't boot anything up after that.

-Rotating around the model for the Knife, there were some words engraved on its side. Judging by what little footage they released early on, you could only see them for like, a split second during the slicing animation.

-They only have a complete asset pack for three Days. Halfway done my ass. And even Three looks like crap. The "shading" is just shrunken lines of text, layered over each other. Lorem Ipsum, probably.

- Going off the last point, yeah, the Crowkeeper wasn't actually in shadow, they literally just had his model be a top-hat brim, a bit of his coat, and like, three quarters of one arm with that giant ass crow perched on it. Crow looks great though. Too great. I feel they just ripped off its model from some digital workshop. But like, this is *good* so I don't know.

- They modeled out Day 12, but put nothing behind the Grey Door. There's just a room with a missing floor. You end up no-clipping through the cliff. I don't think they even *had* an ending planned.

- The moving frescoes? Gifs. Though they only work when you boot them up, the raw files are just static. Just a bunch of people in togas, half-falling.

All I've gotten compiled so far. More to come.

Popular posts from this blog 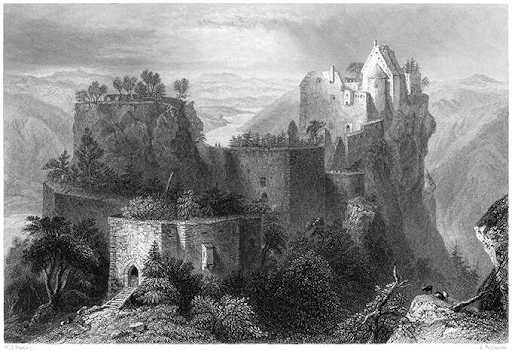 The Reliqum Caverna is a system-neutral natural phenomenon that can occur anywhere within the vast and variant multiverse. It is often cited by scholars venerable and not as the cause for the ever anomalous free-range dungeons happened upon by adventurers in their vagrancy. ORIGIN The Reliqum Caverna often begins with a single person's wish: That their wealth, on the event of their untimely death, be protected and kept away from the unworthy. Often enough the wish is a mere pleasantry, as there are wills and second cousins and ancient uncles to take the wealth into their hands, if not their loved ones, but sometimes there comes a time when metaphysics must take matters into its own hands. Should someone die in the wilderness with their earthly wealth in a ditch somewhere, the Wish, acting as an arcane catalyst, will begin the construction of a safe-keep for the valuables. The process by which it assembles this keep will be detailed below. Once it reaches a sufficient size, the gro
Read more

The Short Way Across

March 09, 2021
"The inn was all the way on the other side of the forest. Our homes, mine, Blue Tom's, Ned's, Alice's, were all scattered about the hills on the other side, where the fens yawned and the wolves cried. We'd meet by the lonely birch and head by the one road, which curved like a sickle through all that darkness, walled with mossy bark and crumbling, wet stone. Once you got out it was like gasping in the light, and there, down the hill that rose up to meet you, was the inn. We'd drink and we'd joke with the carters and take comfort in something that wasn't our homesteads. One foolish night when we were all staggering for the wine soaking out of our stomachs, Ned said, hey, wouldn't it be faster if we just went through the forest where it was narrowest and straight through. The road was long and we ached for our beds so we took him up on it. We were too drunk for good decisions. Alice had her flintlock, after all, Ned said. Should anything cause us troub
Read more